Purchase your own set of Place Out Of Time cards here

Welcome to the fast paced offline version of the acclaimed Place Out of Time Simulation! In the Place Out of Time card game players assume the role of an important figure from throughout time. Then difficult dilemmas are debated and discussed with players acting as the characters. Following are instructions for play. You can order a set, which includes 44 character cards, 12 dilemma cards, “gem of a comment” cards, and a quick-start guide, from our store on printerstudio.com.

3-8 people can play this game together.

Phases of the game 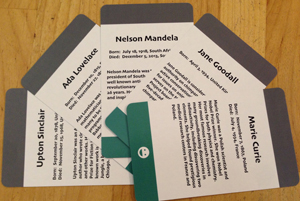 Although each card contains a brief general description of the historical figure, more research is encouraged! Ask questions, talk as a group, even use a smart device to discover more about the person on the card. Players should take 3-5 minutes to research the character that they received. After this phase players should step inside the character. 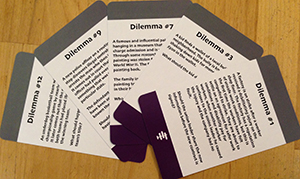 The High Justice reads the dilemma card and presents it to the group. All players take 1 minute of silence to think about the issue, then the discussion and debate begins! Debate should go on 8-12 minutes at the discretion of the High Justice. Players are expected to discuss and debate in character providing reasons thattheir character would cite.

Important: During this time the High Justice should hand out Gem cards. These cards are given at the discretion of the High Justice. They should be given for participating in the discussion, exemplary respectful discussion, or for a great example of acting in character. Players may receive more than one Gem card. It is important that the High Justice distributes Gem cards, because participants who do not have a Gem card cannot vote in the next round.

Any player who has Gem card may vote to make a decision surrounding the dilemma. Ties will be broken by the group with the most Gem cards. Players must give an explanation of the vote in character.

Once a decision is made, the character cards and Gem cards get returned and redistributed. The person to the left of the High Justice becomes the new High Justice for the next round. 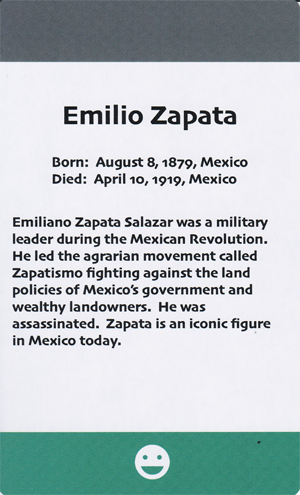 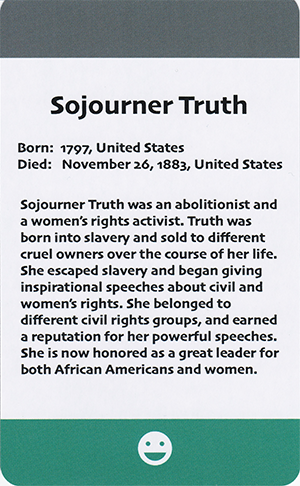 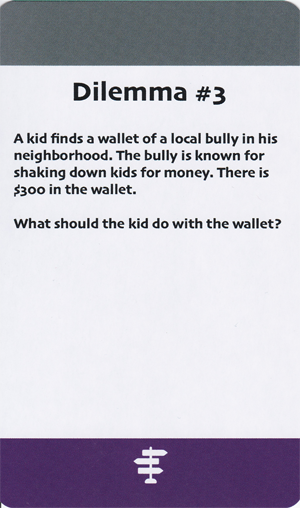 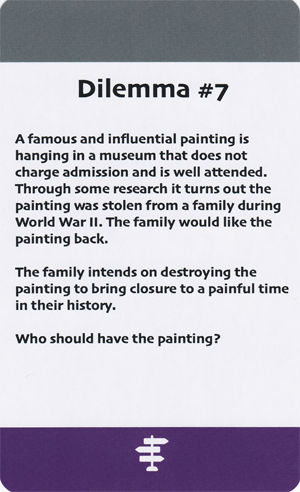