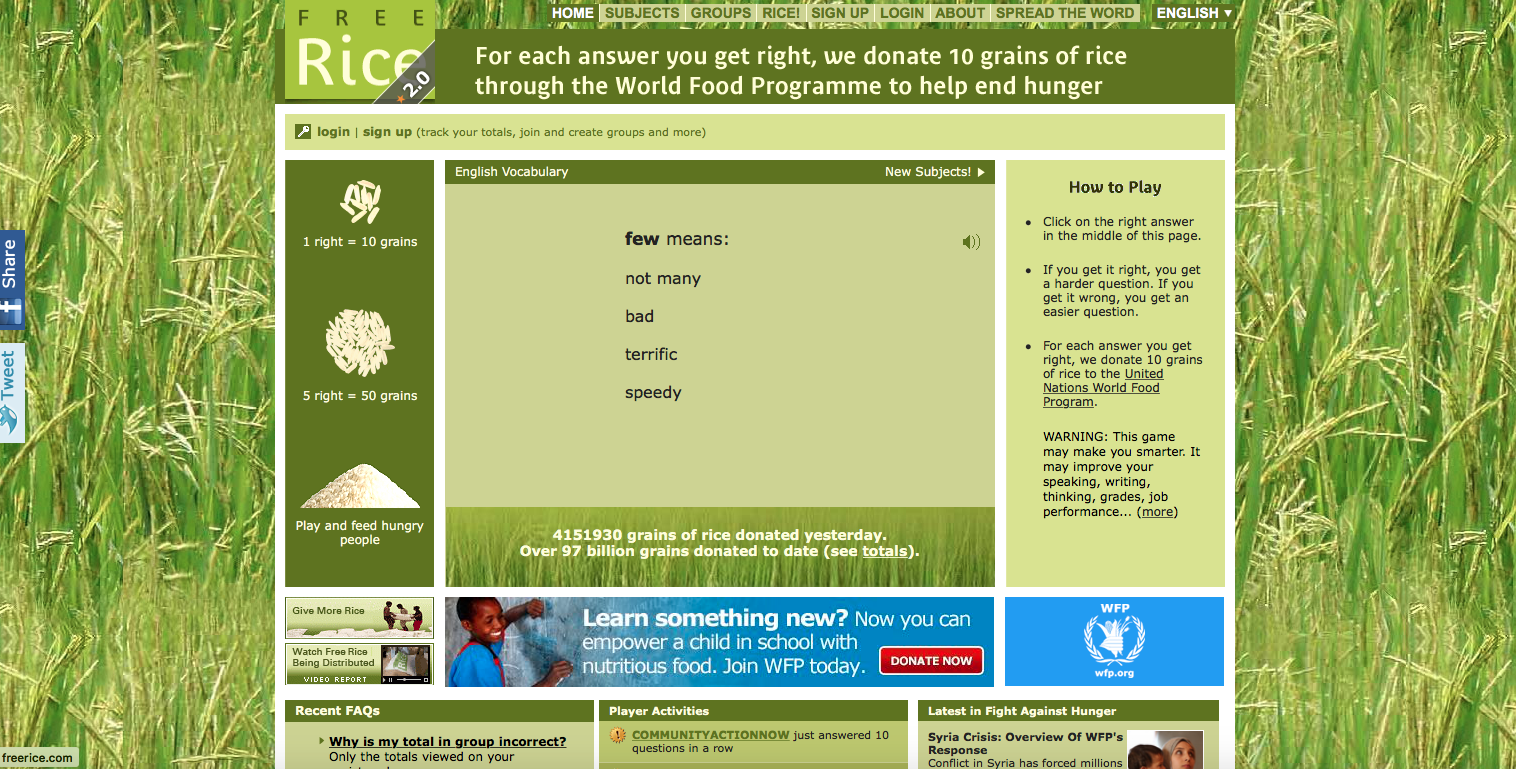 Basic information: This is a website owned by the United Nations Food Programme which hosts a game called Free Rice, and players answerquiz questions about a variety of academic subjects. If the player scores correct answers, then so many grains of rice are allocated to people in various parts of the world. The site has provided ways to play in teams, so, it would be a fun classroom activity, and it would genuinely help to fight hunger in impoverished countries across the globe.

Usage: This would be used as a relaxing game to play and feel good about winning rice for hungry people. It could be used competitively, in a classroom, for bragging rights and for fighting hunger. This game could be played by nearly any age. The game is easy to play in its quiz like format. It also provides feedback to the players so that they learn by playing.

Design: The design of this game is more conceptually interesting, than it’s graphics or play speeds. But, among our colleagues presently, there is the idea that remote teams require a sense of community. Playing this game is kind of like joining the Peace Corps in a tiny, virtual way, and that kind of positive feeling in a team is critical. Especially when members of each team are working online, from different cities. In the virtual world we must share what defines us. This is how community is built. Trust is required. What better way is there than working in a team to feed people, by playing a computer game? This is the concept of this game, which also educates.

Relation: I have yet to see a game with more heart and sympathy for humanity. Playing as a team to promote a good cause can be a rewarding facet of life. And its educational. It teaches and it feeds. What glorious character!

Reflection: There is a major theme of creating an online community when working as a team from remote locations and this game helps to build that trust between one’s online companions who are working toward a goal. This game helps relax from the more pressing tasks of daily business. And you cannot say playing this game is goofing off. Yet it does create a positive competition for an important cause.

Media: All interfacing with this game is done through point and click interaction. The quizzes may be selected from categories such as math, science, geography, art history, foreign languages and more.